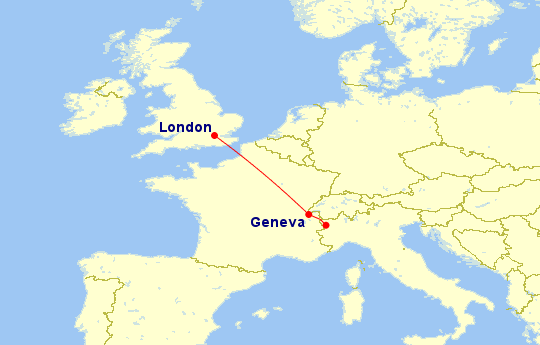 You can also listen to this as a podcast, either by pressing play above, or listening through Spotify, Apple Podcasts, Google Podcasts or Anchor.

138 years ago in 1879 (the same year the light bulb was invented), my great-great-grandfather managed to summit Mont Blanc at 4,808m altitude – the highest peak in the Alps and the highest point in Western Europe and the EU. I’m personally a big fan of the mountains and I’d also spent 4 months living at the foot of Mont Blanc working as a chalet girl in Courmayeur when I was 18 (thanks to the EU’s freedom of movement I might add). So I too decided I wanted to follow in his intrepid footsteps and summit the highest point in the Alps. My mother also volunteered herself for the challenge and so we set about our 4 months of training and preparation for the summit, before flying out to Chamonix in June 2017. 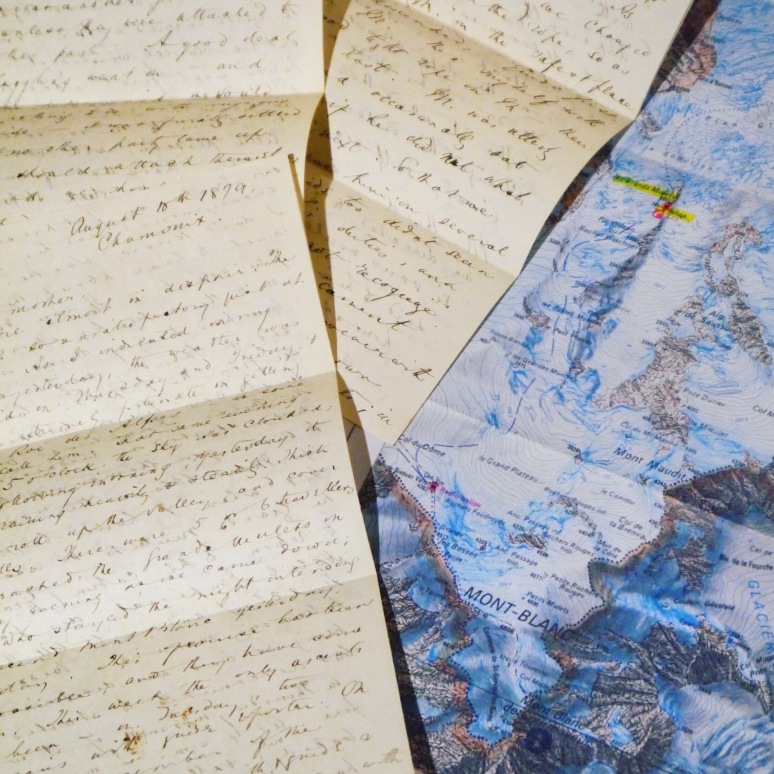 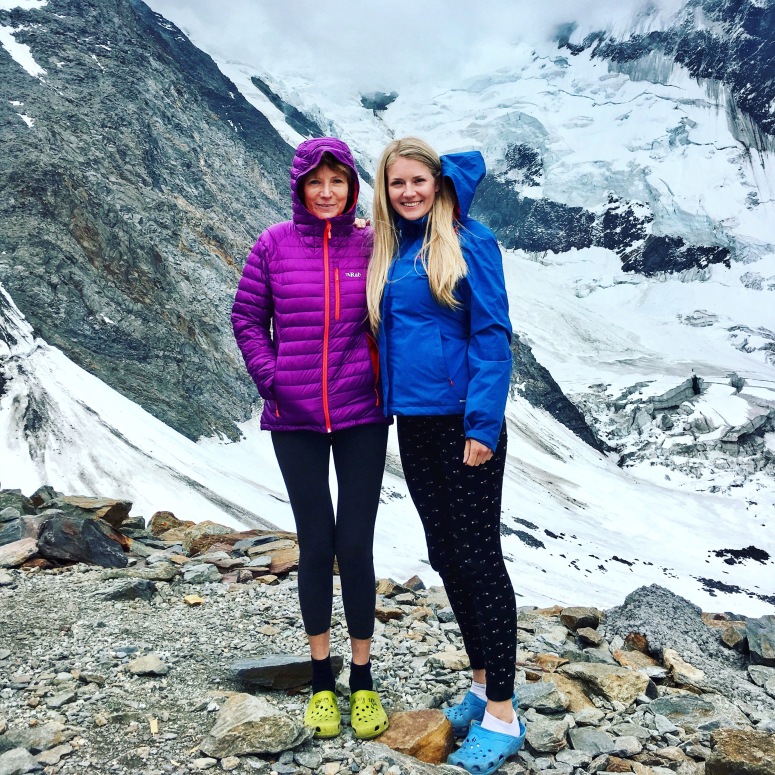 After a flight from London Gatwick and a 20-minute wait at border control in Geneva Airport (on the Swiss side), we hopped into a minibus and drove across the border to Chamonix (France). The next day we headed through the mammoth 11.6 km-long Mont Blanc tunnel to Courmayeur (Italy) built in 1965, to do an acclimatising trial hike on Italy’s highest peak, the Gran Paradiso at 4,061m high. From the summit of Gran Paradiso we overlooked three different snow-covered countries: Italy, France and Switzerland, although unlike the aerial view on Google Maps, there’s no borderline to distinguish which country is which. Returning back through the Mont Blanc tunnel to Chamonix (France) we geared up with our crampons and ice axes for the big summit of Mont Blanc (France? Italy?), which is actually the source of a longstanding border dispute between the two countries, as it sits right on the borderline.[1] Sadly, our summit attempt was eventually cancelled by bad weather after we’d reached the Tête Rousse mountain hut at 3,167m high, so we returned down to Chamonix to commiserate with copious amounts of French cheese, wine and saucisson, before finally heading back to Geneva (Switzerland) at the end of the week for our flight back to London. 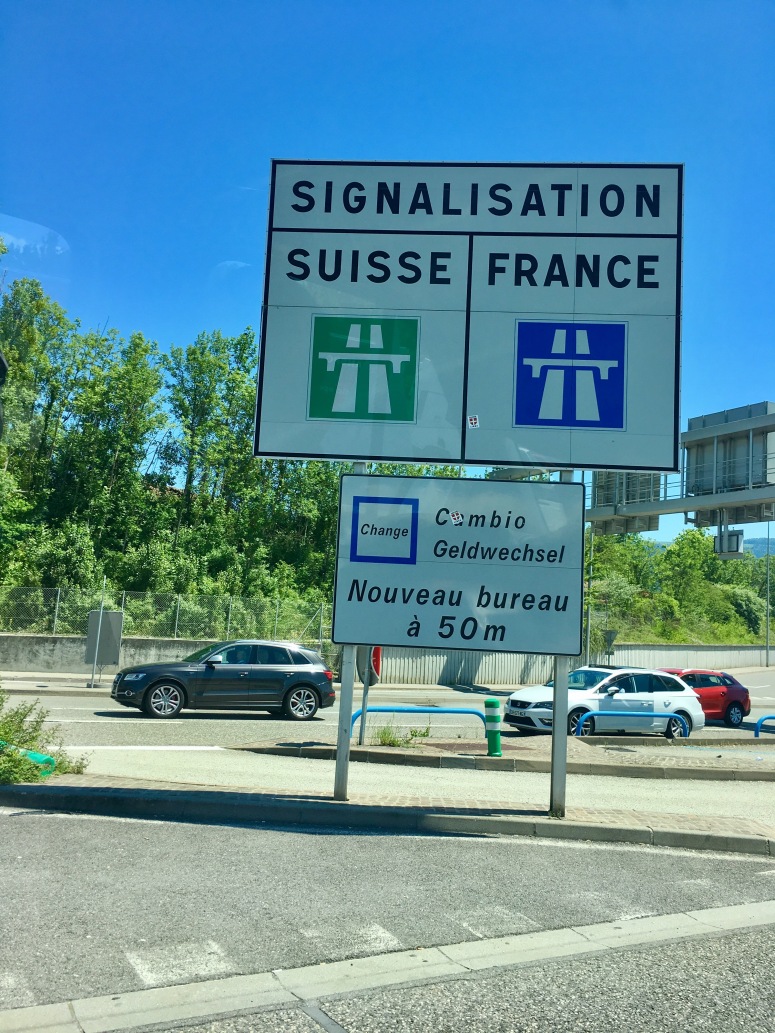 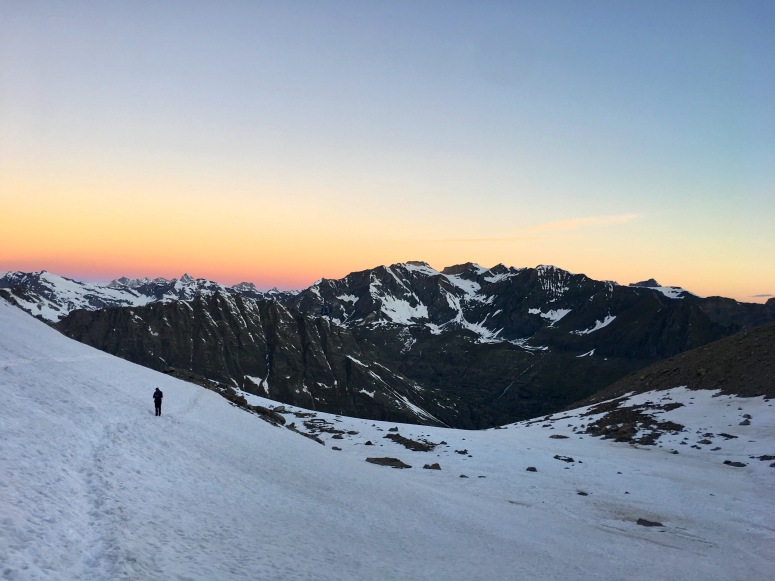 Such a lot of border crossings in one week gave me food for thought. After summiting Mont Blanc in 1879, my great-great-grandfather then crossed over the mountainous French-Italian border into Courmayeur by foot. There was no road in those days, nor an 11.6 km-long tunnel costing just €55 for a return journey, and back then Mont Blanc truly did represent a mighty, frequently insuperable physical border that divided the two populations – as divisive as the English Channel. Now that a tunnel has been built, the towns either side of the tunnel are important strategic hubs for this international route, no longer are they remote backwaters on the inaccessible peripheries of their respective countries. For the people who live in Courmayeur and Chamonix and the nearby valleys, this de-bordering has had a big impact on their livelihoods, their cultures and their prosperity.[2]

It’s hard to comprehend a return to a re-bordered state if the tunnel were to close, just as it’s hard to comprehend the impact that a return to a ‘hard’ border in Ireland would have on the individual people living on either side. On those with family members spread out on either side of the border; with work in one country and home in another. Some even predict a return to the political violence of the 30-year Troubles period in Northern Ireland from 1968-98, in which over 3,600 people were killed.[3]

Another observation I made from the summit of Gran Paradiso as I overlooked three Alpine countries from an altitude of 4,067m, was the invisibility of these man-made national borders that determine so much of our lives, our nationalities, our patriotic loyalties and the laws that govern the way we lead our lives. In the words of singer Stephen Swartz: “The world looks perfect from a plane, a couple miles up and we all look the same”. It can be argued that the process of European integration, technology and globalisation are gradually breaking down these artificial man-made boundaries. When seen from the perspective of a mountain top, the idea of returning to a world of divisive ‘hard’ borders, as we’ve seen recently in UK and US politics, seems a step backwards into the past rather than a step forwards into the ever more connected global society.